The Humanist of the Year, Champion of Culture, and Chair’s Award for Institutional Support are nominated and chosen in-house by members of the LEH board of directors.

Awards in the remaining categories are selected by special committees made up of local experts in the field and LEH staff and board members.

Nominations are open NOW for the six publicly nominated categories. Click here for more information and to nominate an individual or organization. 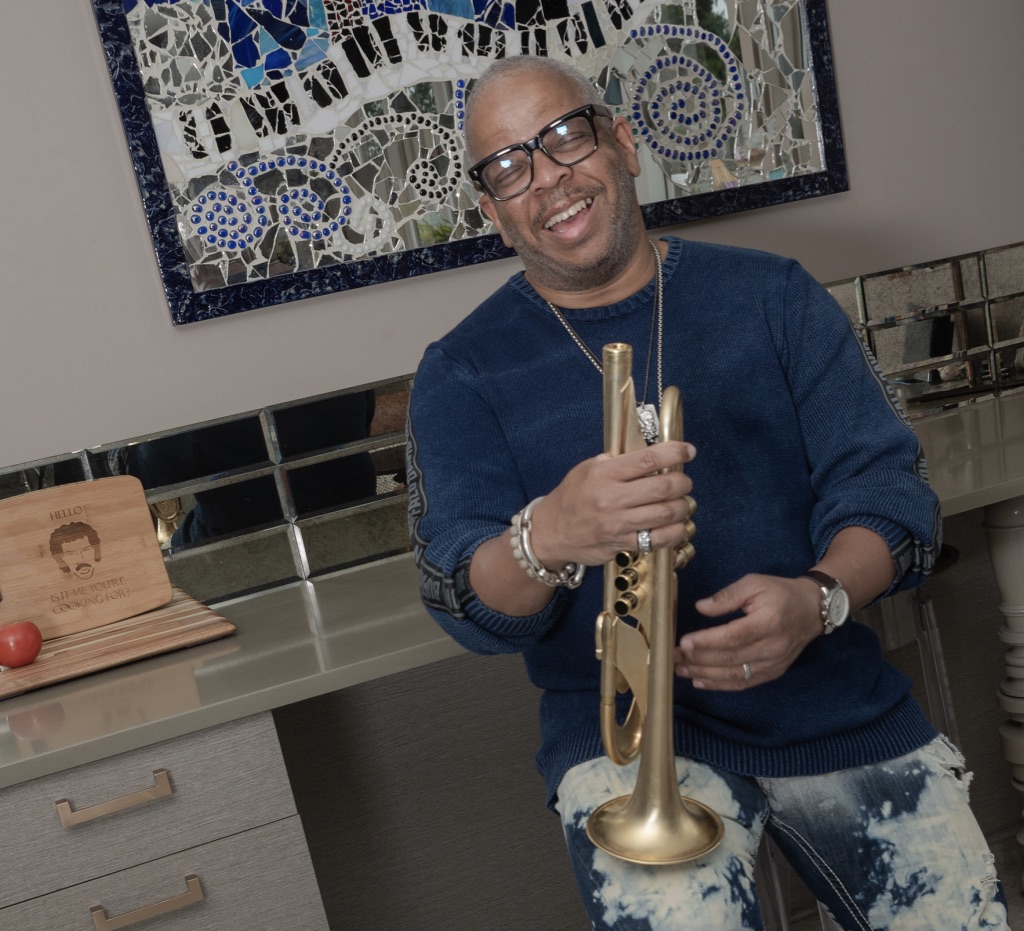 Humanist of the Year

Awarded in partnership with the Lieutenant Governor of Louisiana and given to an individual for invaluable, lasting, and recognized contributions to Louisiana’s cultural landscape

The LEH, in partnership with Lieutenant Governor of Louisiana Billy Nungesser, selected musician, composer, and educator Terence Blanchard as the 2020 Humanist of the Year. An award-winning composer, arranger, and performer, Blanchard also works with young musicians as a teacher and mentor. His second opera, Fire Shut Up in My Bones, based on the memoir by New York Times journalist and Louisiana native Charles Blow, will be the first opera by a black composer staged at the New York Metropolitan Opera.

Blanchard has received 5 Grammy Awards and 14 award nominations from the Recording Academy since 1990. In 2018, Blanchard received an Academy Award nomination for Best Original Score for the Spike Lee film BlacKkKlansman. A native of New Orleans, Blanchard studied at the New Orleans Center for the Creative Arts (NOCCA) and Rutgers University. Currently professor and Kenny Burrell Chair in jazz studies at UCLA’s Herb Alpert School of Music, Blanchard is an internationally recognized authority on jazz and a faithful supporter of music education. 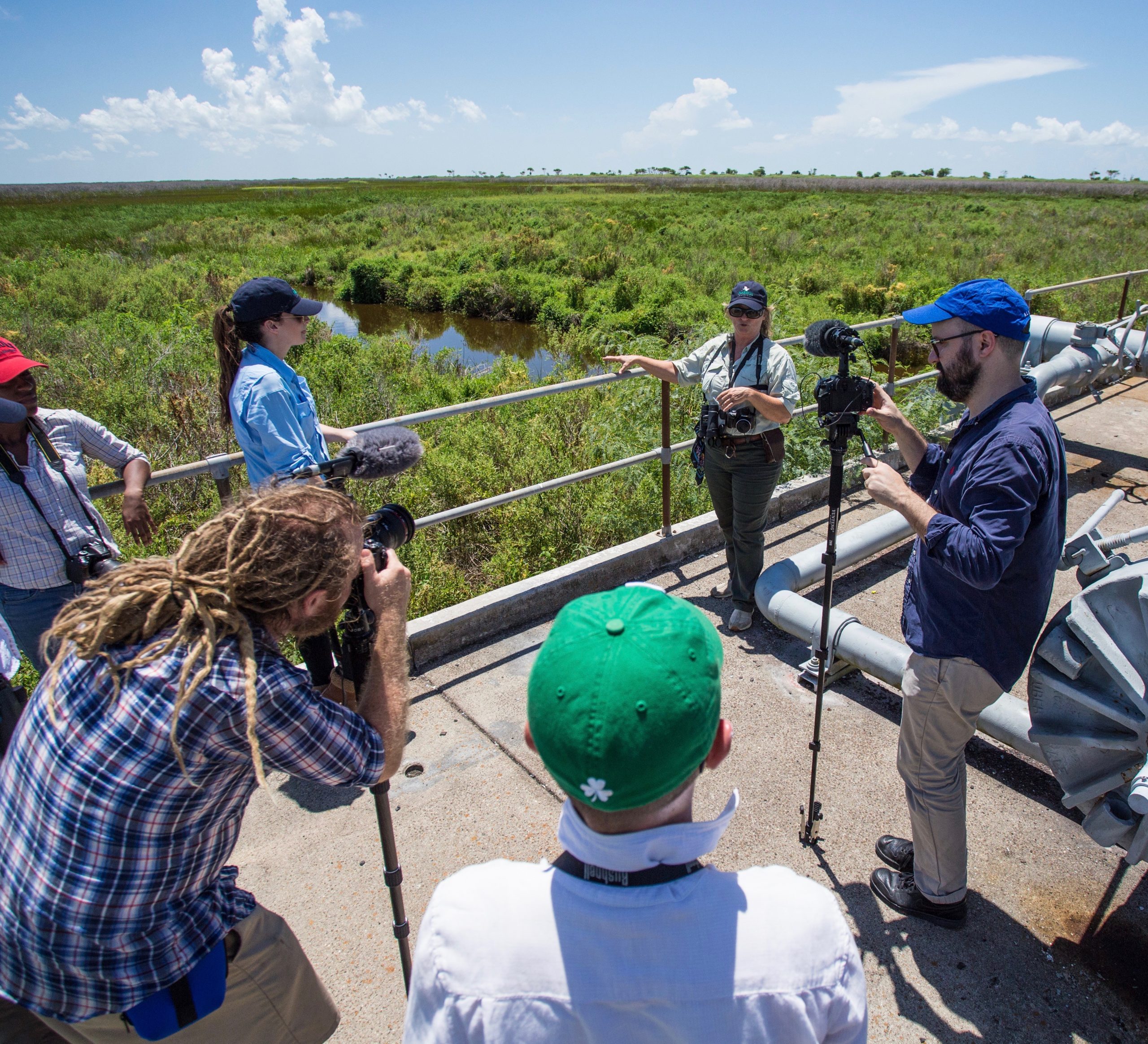 Filming for WaterWays, a four-part documentary series focused on coastal Louisiana made possible by a grant from the Walton Family Foundation; photo by Zack Smith

The Walton Family Foundation is the family-led foundation of the founders of Walmart, focused on supporting initiatives tied to K–12 education, the environment, and quality of life issues in the Arkansas-Mississippi Delta.

In 2017 the Walton Family Foundation awarded the LEH a $198,150 grant to support a two-year, statewide initiative documenting and exploring the challenges faced by Louisiana’s coastal communities. The foundation’s generosity has allowed the LEH to become a leader in the environmental humanities, a crucial area of study for Louisiana. 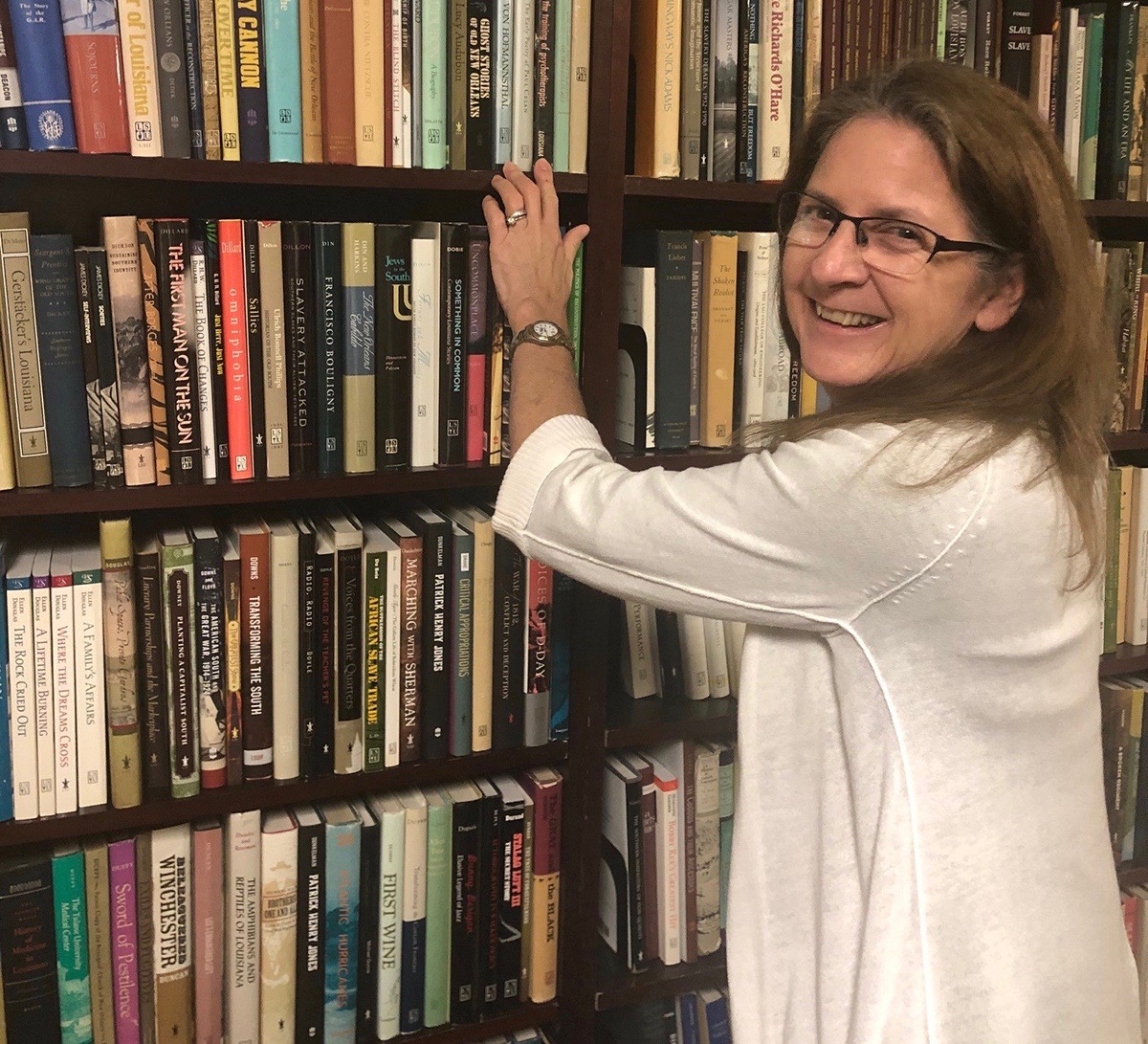 Now in its 85th year, LSU Press is one of the nation’s most well-regarded and oldest university presses, specializing in peer-reviewed scholarly nonfiction, general-interest trade publications, fiction, and poetry collections. Long a valued source for Louisiana-related publications, especially those dedicated to the state’s history and culture, books published by LSU Press have won countless national and international awards, including four Pulitzer Prizes.

In an era that has witnessed significant downsizing in the publishing world, LSU Press has not only maintained its commitment to acquiring and publishing more than 70 high-quality titles per year, it has continued to grow its publication fields to reflect broader changes in academia and public interest. 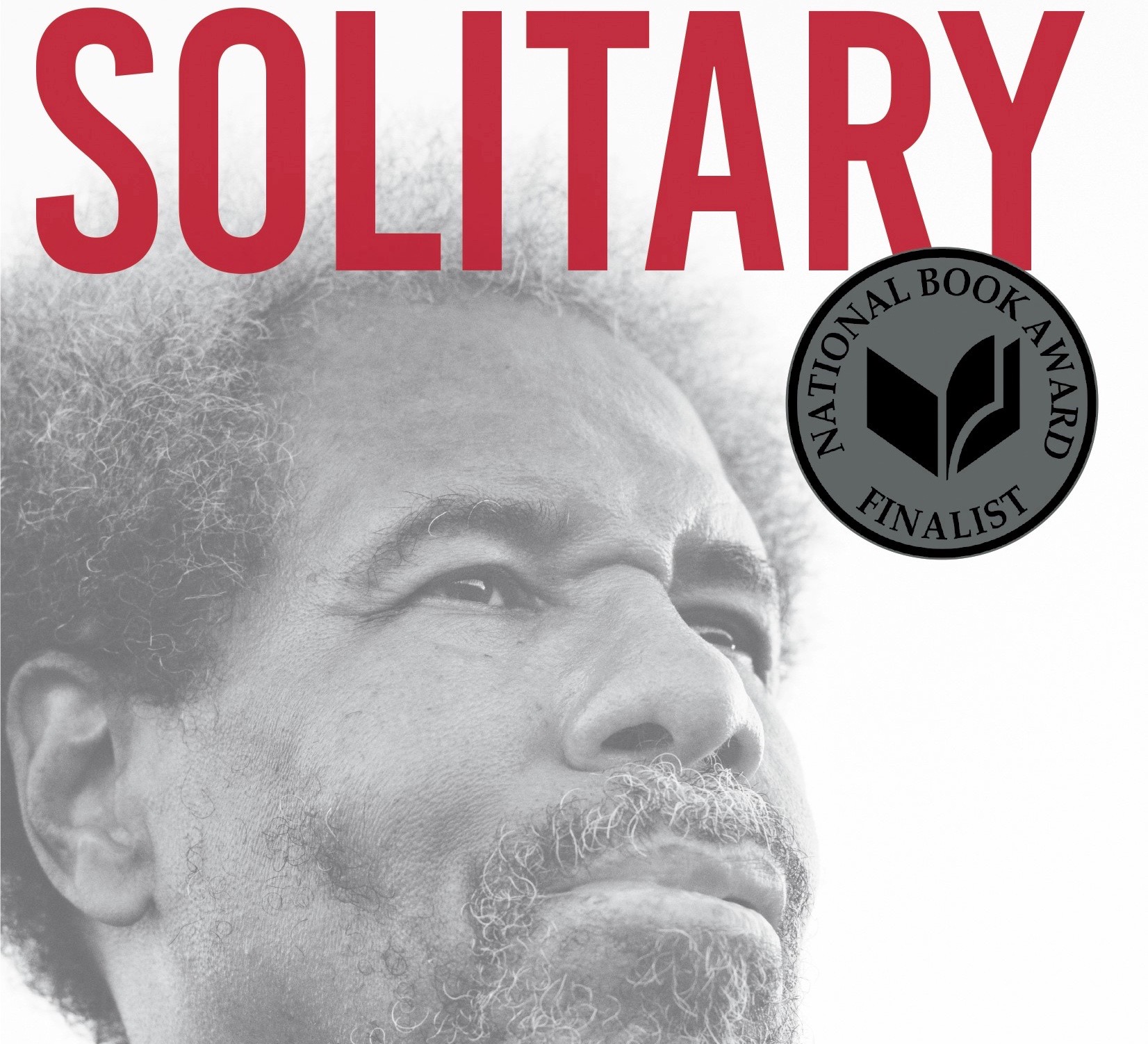 Humanities Book of the Year

2020 Humanities Book of the Year

Solitary: My Story of Transformation and Hope by Albert Woodfox

Solitary is the unforgettable life story of a man who served more than four decades in solitary confinement in the notorious Angola prison, all for a crime he did not commit. Woodfox’s survival was a feat of extraordinary endurance against the violence and deprivation he faced daily.

That he was able to emerge whole from his odyssey within America’s prison and judicial systems is a triumph of the human spirit, and his book is a clarion call to reform the inhumanity of solitary confinement in the US and around the world. 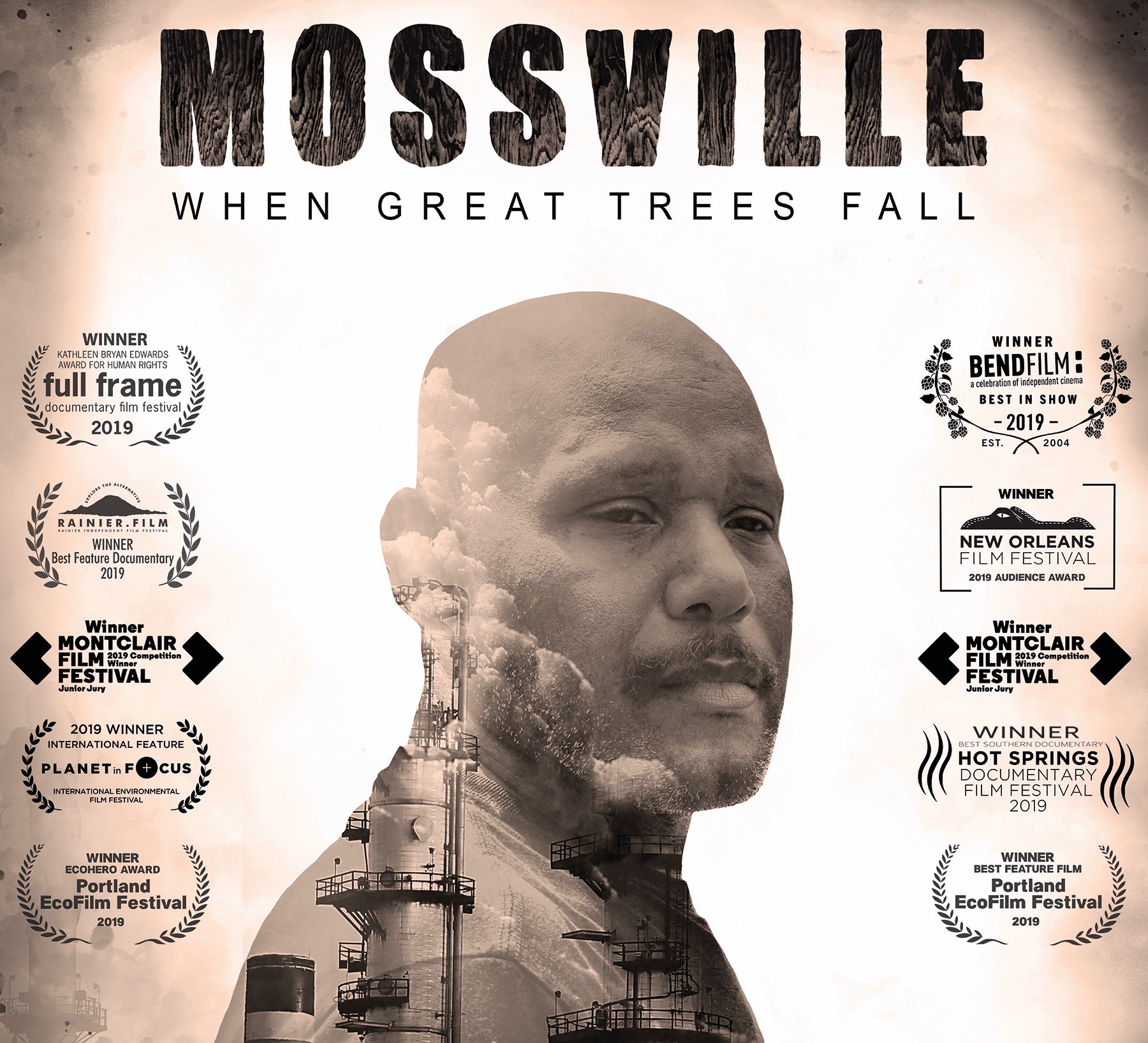 Humanities Documentary Film of the Year

2020 Humanities Documentary Film of the Year

Mossville, Louisiana, founded by formerly enslaved people and inhabited into the 21st century by their descendants, is a community rich in natural resources and history. But Mossville no longer resembles the town it once was. Now surrounded by 14 petrochemical plants, Mossville is the future site of South Africa-based chemical company Sasol’s newest plant. Mossville: When Great Trees Fall—by the same director behind 2015’s Big Charity—captures the community’s struggle to let go of their ancestral home and highlights one man’s refusal to abandon his home to industrial encroachment. 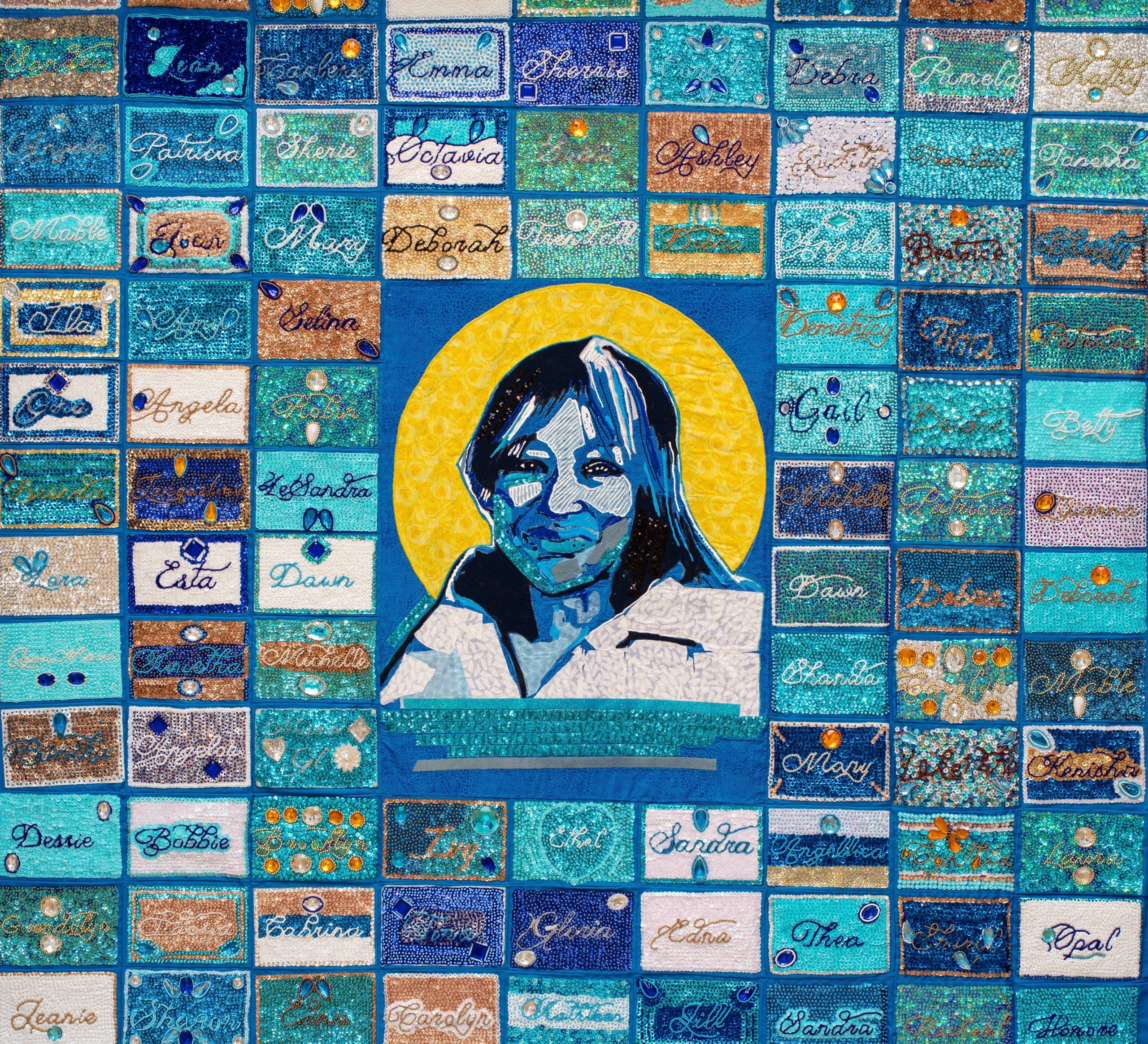 “The Life Quilt”; 2018; compiled by Selina Anderson and sewn together by Louise Mouton Johnson; in “per(Sister): Incarcerated Women of Louisiana” by Newcomb Art Museum of Tulane University

Museum Exhibition of the Year

Recognizes an exhibition held during the prior calendar year that brought new insights to our understanding of the state, its artists, and/or its history

2020 Museum Exhibition of the Year 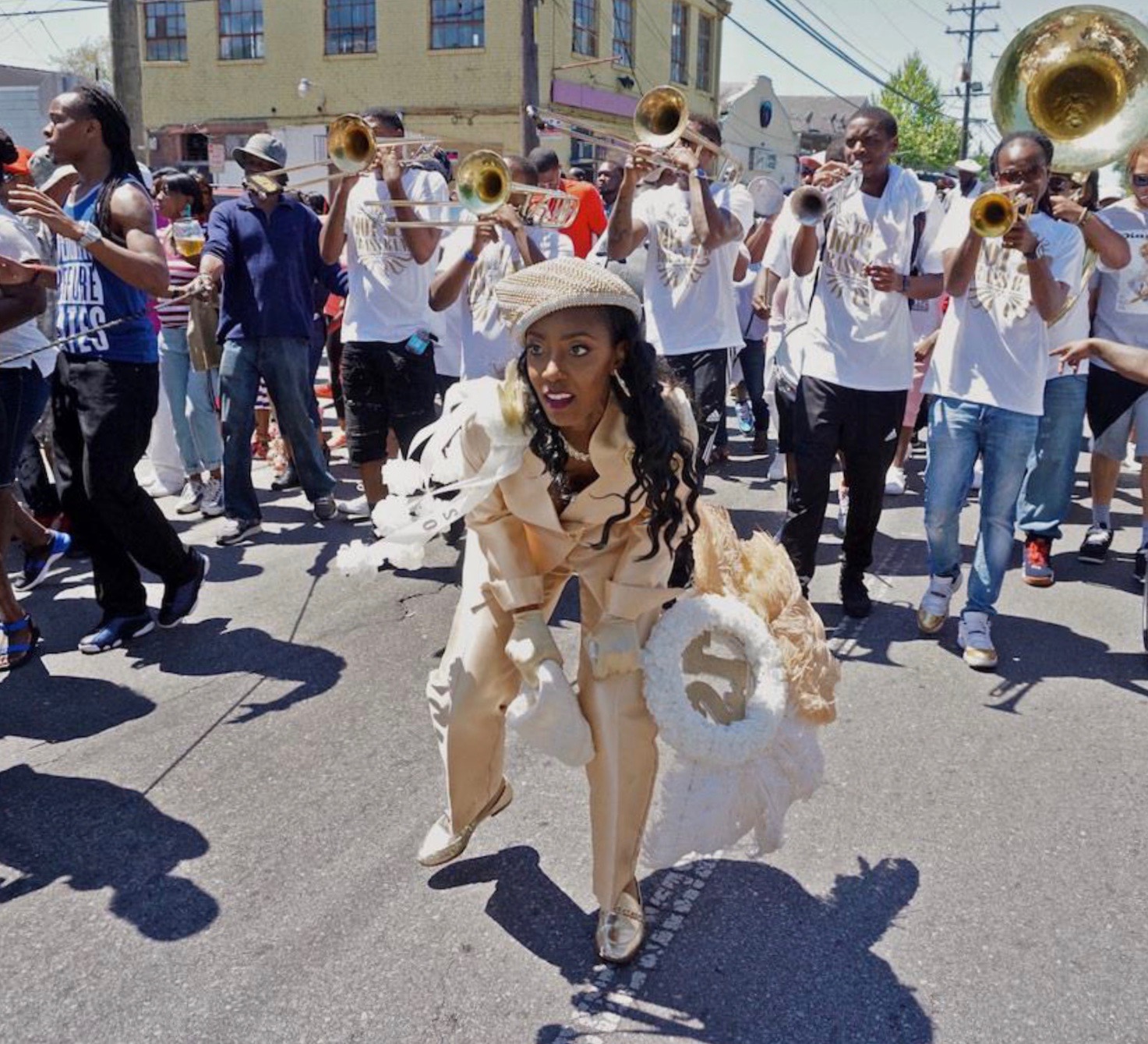 Charles M. Lovell is a longtime photographer, who began practicing full time in 2015, following a career as a museum professional and gallerist. His work has been shown in over 25 solo and over 60 group exhibitions and can be found in multiple museum and archival collections, including the Mint Museum in Charlotte, North Carolina; El Paso Museum of Art in Texas; The Historic New Orleans Collection; New Orleans Jazz and Heritage Festival Foundation; and others. 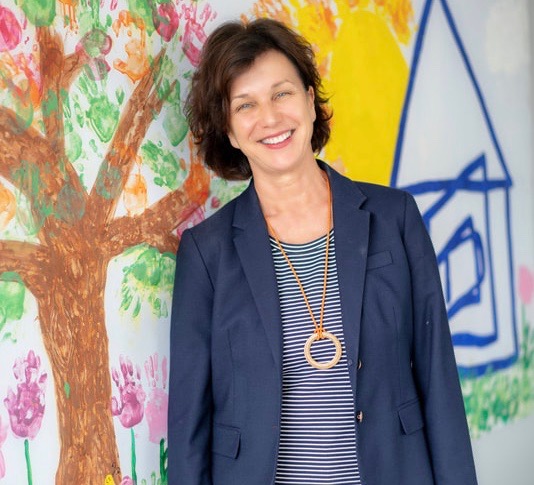 Light Up for Literacy Award

2020 Light Up for Literacy Award

Lynn Clark first started on the path to making lasting contributions to literacy efforts as a middle school teacher working in Louisiana public schools. From 2014 to 2019, Clark served as Executive Director of the Children’s Coalition of Northeast Louisiana.

Under her stewardship, the organization has opened additional Head Start centers and developed new programs, such as Literacy Plus, a partnership with the Monroe Housing Authority, Capital One Bank, and the LEH that provides literacy programs to bridge the gap between home and school. 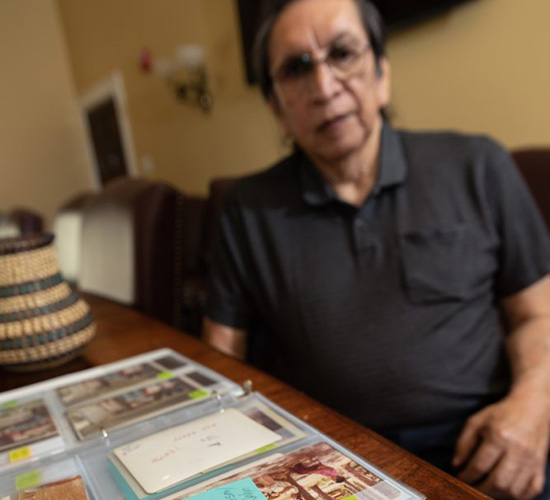 Lifetime Contributions to the Humanities Award

2020 Lifetime Contributions to the Humanities Awards

Bertney Langley, a Coushatta storyteller and traditional cultural advisor, and his wife, Linda, a retired anthropology professor from McNeese State University who serves as the Coushatta Tribe’s historic preservation officer, have dedicated their lives to the preservation of Coushatta culture, history, and language. Their efforts have not only secured the Coushatta Tribe’s place within the larger Louisiana historical narrative but have also brought national attention to the state through their educational initiatives.

Warren Perrin has long been active in promoting historical recognition of the history, culture, and contributions of Acadians, including fighting for and winning recognition from Queen Elizabeth II of the wrongs committed by the British during the Acadians’ expulsion from Canada. Perrin is also an author and a prominent supporter of French language revitalization efforts in Louisiana, serving for 16 years as president of the Council on the Development of French in Louisiana (CODOFIL) and supporting the creation of language scholarships at the University of Louisiana at Lafayette.

An update on The Helis Foundation John Scott Center

We are excited to announce that work has officially begun on the construction of The Helis Foundation John Scott Center! A hub for integrated arts and humanities programming unlike any in the Gulf South, the center will open next year.

The LEH is offering a special grant stream this year dedicated specifically to our state’s crucial public libraries. Rebirth PL Grants will support Louisiana public libraries’ transition to serving their communities virtually during the COVID-19 pandemic.